After taking over the reigns from her father’s established business, Justine Glover has faced many challenges. Apart from working in a male dominated industry, growing industry competitiveness, technological change, and the impact of the Global Financial Crisis, Justine has had to also juggle life as a business woman and as a mother. Despite all the ups and downs Justine has come out smiling.

Helen Ross has a coffee with the affable Justine, and finds out why.

Craftbuilt Kitchens Brisbane is a family owned business located in Underwood, established by its founder and owner, John Clark, in 1975.

Even though Justine was always interested in working in the family business, her father would not employ her until she had been out in the real world. So after acquiring skills in a number of fields including bookkeeping, secretarial, sales and marketing, Justine finally joined the business seven years ago as a part time kitchen designer, taught and mentored by her father.

In 2006, her father decided it was time to step back in a supervisory role, and Justine stepped up to become the General Manager. But little did Justine know of the challenges she was to face. 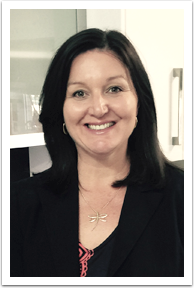 Being the boss’s daughter, coming in to run a business with little business acumen in a male dominated industry offered its own challenges.

Justine states that when she took over the reigns, her first focus was getting sales but she soon realised she first had to learn how to operate the business, whilst gaining the respect of the employees, loyal to her father.

With that, Justine began endless hours of reading, and outsourcing the information from all over Australia. “The support and information I gained was invaluable. Gaining knowledge of what was actually happening in the industry outside Craftbuilt Kitchens helped me in the way I looked at every aspect of the business,” states Justine. In her quest to learn as much as she could Justine also began studying a building course, part time. “Once I admitted to myself that I didn’t know what I didn’t know, I had to go and learn what I didn’t know,” says Justine.

With a growing competitive market, the technological advances increasing production efficiency, and the impact of the Global Financial Crisis, Justine knew that changes had to be made. “I remember reading, ‘If you are not sprouting and growing you are slowly dying.’ Regardless of our long standing reputation, that’s potentially what would have happened to our company. We had to make changes in order to grow and retain our competitive edge. So with that, I had to change my focus and find out where the bottlenecks were,” she recalls.

However, Justine says that it took her 3½ years before she had the guts to make some ‘tough’ decisions, which included staff restructuring, acquisition of a quarter of a million dollar machine and the software to operate it. “This machine was of course a huge investment but it was necessary to increase efficiency,” states Justine.

Another change incorporated by Justine is that she started a female only sales and design team at the beginning, that reflected in Craftbuilt Kitchens’ new marketing strategies.

Justine states, “Women relate to women as men and women do think differently. Women want a kitchen to be functional and practical and will think about everything, from where the cutlery, egg flip and Tupperware should go; not just where the ‘boxes’ will go.” Justine believes that designing a kitchen with a female who understands is a natural progression to our changing society where a lot of women are now the decision makers.

Support All The Way

After all the ups and downs, Justine has had the support of her parents. “My dad’s people skills and the way he managed staff issues has been phenomenal. He has been a fantastic mentor, and has been very supportive,” says Justine fondly.

Despite facing her biggest challenge of working in a male dominated industry, Justine proudly states that, upon invitation, she is now part of a group called ‘MAS’ (Movers and Shakers – yes, male dominated). Justine states that it is a great group, where everyone has a chance to tap into the knowledge of others in the industry, and support each other.”

Justine proudly states that Craftbuilt Kitchens has built a good reputation, with suppliers now approaching her for her business. “We have the best customer service for kitchen renovations in Brisbane, and the best team. We are all very passionate, and all go the extra mile, right from the sales team to my team working in the factory. Every customer or potential customer is important. We have a fantastic reputation and pride ourselves in building customised kitchens to last,” says Justine passionately.

Justine states that Craftbuilt Kitchens’ underlying philosophy is guided by her father’s mantra, ‘Quality is better than quantity.’ “We have customers with tears in their eyes because they are so very happy with their kitchen and experience they have received,” Justine says appreciatively.

Want to join the discussion?
Feel free to contribute!